This is my take on Artemis, the Greek Goddess of the hunt, wild animals, chastity and the Moon; unwittingly falling in love with the great hunter Orion. This ultimately lead to his death and to her placing him in the sky as a constellation. There are many wonderful versions of this myth. I wasn’t sure which to share; so that’s the skeleton of it!

After I posted the above, Jo, one of my wonderful blogging friends,  let me know the dog’s expression is confusing. It occurred to me that it might be fun to post the story/explanation of why he looks the way he does! Thank You Jo, and here goes:

As I noted above, there are SOOOO many versions of this myth…but everyone pretty much agrees that Artemis, Zeus’ (the head/father of the Greek Gods) daughter and twin sister of Apollo, asked her father if she could be a great huntress, live in the forest and remain a virgin always. He granted her wish and gave her 7 nymphs as companions and a beautiful pack of hunting dogs. There are many variations on exactly who gave her the dogs and what they were. I read somewhere they were whippets and thought that was pretty cool. The version of their story I am most familiar with is that, upon hearing Artemis wanted to remain a virgin and was a great huntress of amazing beauty, many  men wanted to marry her and came to her forest to try to meet/court her. They were chased away or killed by her nymphs or Artemis herself. Orion was an amazingly strong and handsome hunter of great fame. When he heard about Artemis he wanted to come see her for himself. When he arrived her nymphs went to attack him. Amused, he allowed them to chase him a little and then turned tail and chased them. One story says it was for something like 7 years! Anyway….at last….completely exhausted, sobbing and hysterical they screamed for help. Artemis asked Zeus to save them and he threw them into the heavens where they became the Pleiades (or the Seven Sisters). Artemis, infuriated, went searching for Orion to deal with him herself. His strength, beauty and humility in her presence stopped her in her tracks. They hunted together and over time became great friends/companions. Hunting all through the days together and dancing, singing, telling one another stories by the fire at night. Sleeping under the stars. Artemis found herself falling in love. The story varies SOOO greatly here in all tellings! Some have her brother, Apollo, becoming spellbound by Orion, taking him as his own lover and ultimately tricking Artemis into killing him because he became insanely jealous of their friendship. But the version I am most familiar with says that Artemis decided she was going to become lovers with Orion and upon hearing that, her brother Apollo killed him as she was to always remain chaste. She was beyond grief stricken over his death and took Orion up to the heavens where she placed him in the sky as his own constellation.

Funny thing is, I had neither intended to paint her so sweet/vulnerable nor her dog so angry looking. I’d planned to paint her strong and huntress like!!! That’s how I’ve always seen her portrayed and the way I’d always thought of her. I plan my paintings in my head but don’t draw before I paint. I just let things come out and when she and her dog came out like this I was a little surprised and actually decided this was all wrong and I’d finish this woman and paint Artemis later. Then I reread the story and about flipped!!! It makes perfect sense her dog would be protective and that she’d be vulnerable! So that’s a very long-winded why!

All art, poetry, etc. (unless otherwise noted) are by/© Katy Boyer & Blissbait Art. All rights reserved.

Got a haiku, thought or free-flow to share? Cancel reply

This site uses Akismet to reduce spam. Learn how your comment data is processed.

All art, etc. on this site (unless otherwise noted) is by/© Katy Boyer, BlissBait Art-AKA Forrester McLeod. All rights reserved.

about me & my art

because i get asked:

My middle name is McLeod and somewhere in my 20’s I decided I wanted to “Forest my Dreams!”, so for about 5 minutes I seriously considered changing my name to Forrester McLeod. That still makes me smile….so, I’m forresting my cloud! Hopefully every day! Hence: forresting365.

some of my art that used to live here 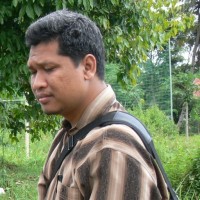 latest posts that made me smile

Life is a story, waiting to be told

This site will teach you how to stay healthy. Stay positive!

"Wild animals are less wild and more human than many humans of this world." Munia Khan

Milestones and the road between them.

The Blogging 'Zoomer'
the !n(tro)verted yogi

a topsy-turvy life of quietude

My thoughts on healing childhood abuse.

My Journey Of Learning English

JOURNEY towards the Perfect Communicator

WHEREVER YOU GO, GO WITH ALL YOUR HEART.

A mind full of illusions

Colour Through The Chaos
Sheenarchy

If you can't speak it then write it down. Never resist to express your thoughts

Best of the Midwest - Hiking, nature and photography

An opinionated girl penning down her thoughts.🌸❤

In search of spirituality

"Thoughts and matters,of mine and all"

Enjoying Life in the Ozarks

Today's generation is financially illiterate, so I am going to attempt to change that one person at a time.